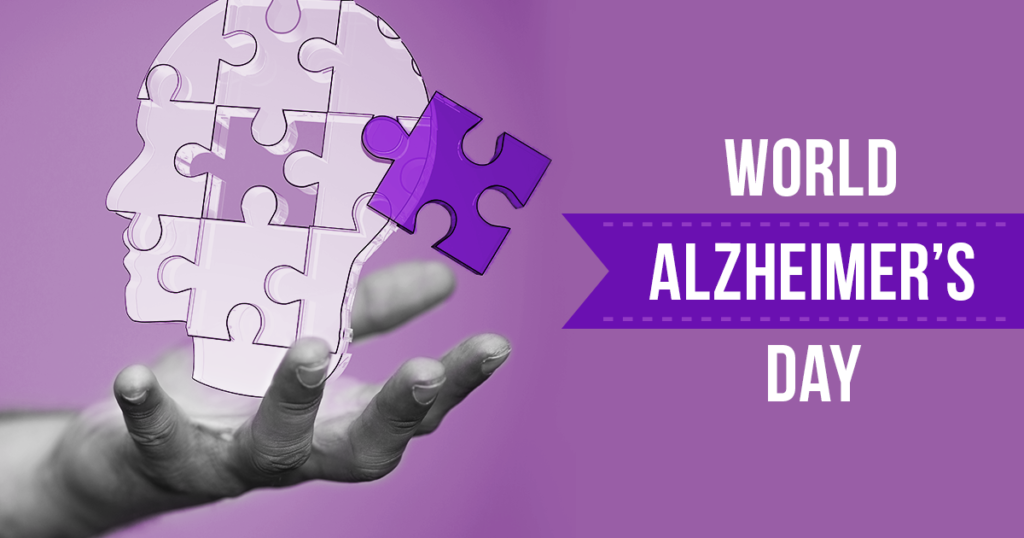 This September 21st is the (month of Alzheimer) Day of World Alzheimer day. This day on which Alzheimer’s organizations around the world focus their efforts on raising awareness globally bout a neuro-degenerative Alzheimer’s and dementia. This dementia issues globally rising issue. However, here in Nepalese context this disease has taken as low public health priority. Because it is considered as “old age disease”. Therefore, we need to understand before some the conceptual things like: Aging and Dementia, Delibrium, Depression, Gerentology, Alzheimer.

Aging is process of growing old or maturing is aging. An artificial process for imparting the characteristics and properties of age. It is also said that ageing is not lost youth but a new stage of opportunity and strength. Ageing is the ultimate manifestation of biological and demographical activities in individualuman being and population at large. Likewise, Gerontology (Greek- geron, “old man” and, -logia, “study of”; coined) is the study of the social, cultural, psychological, cognitive, and biological aspects of aging. Gerontology is the interdisciplinary study of the aging process and issues related to an aging society.

What Differences between normal aging and dementia? 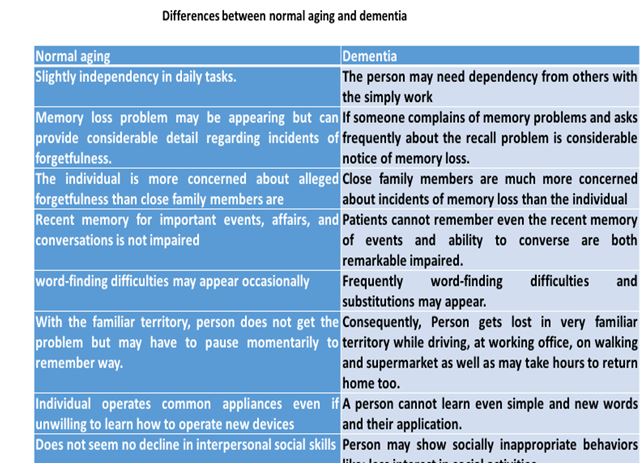 Differences between dementia, delirium and depression 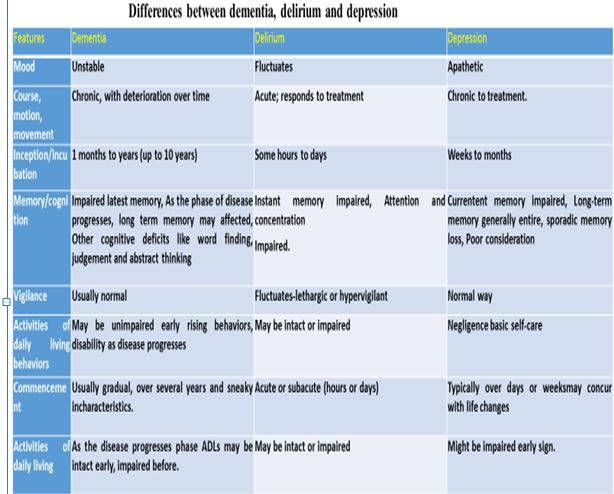 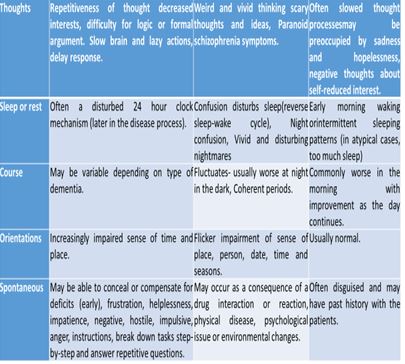 Why misdiagnose and mismanagement of dementia? 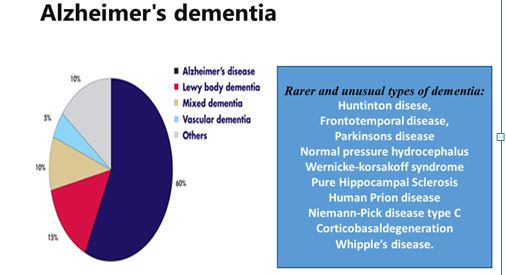 -People with dementia don’t know what they want or can’t communicate what they want
-Dementia is a natural part of aging.
-Once you have dementia there is nothing you can do
-Only the elderly get dementia because it is issue of older person at the end of life.
-People with dementia can’t understand what’s going on but they can not self -can by the support of others.
-I should correct what a dementia sufferer says when they are wrong
-There is nothing I can do to lower my risk of dementia
-There is a cure for dementia but not yet cure.
-Alzheimer’s disease and dementia are the same things but the fact is not. Alzheimer is one types of Dementia. See below;

Who is dementia specialist?
This is a complicated disease to diagnose dementia by the only one doctors so multi-experts team is necessary for accurate diagnose. The initials roles go through by General practitioners at the beginning. The referring process to the neuropsychiatric, geriatric and neurology in dementia might have an important element for the further assessment. Not only medical doctors, by multi doctors can diagnose the problem of seniors complication like urinary tract infections and others primary care health. According to Alzheimer society Ireland, (2015) has recommended visiting below explained health professionals. For example: 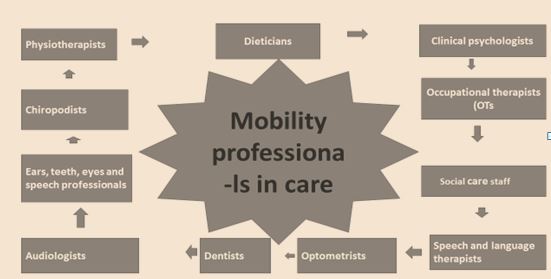 What methods can we apply for the prevention?

There are pharmacology and non-pharmacology ways to keep brain healthy and apply the preventive ways that can reduce risk of developing dementia end of life. 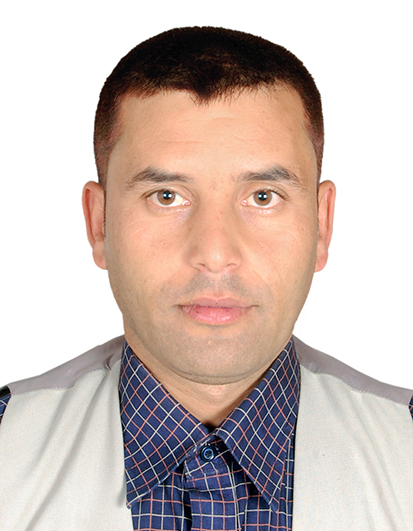 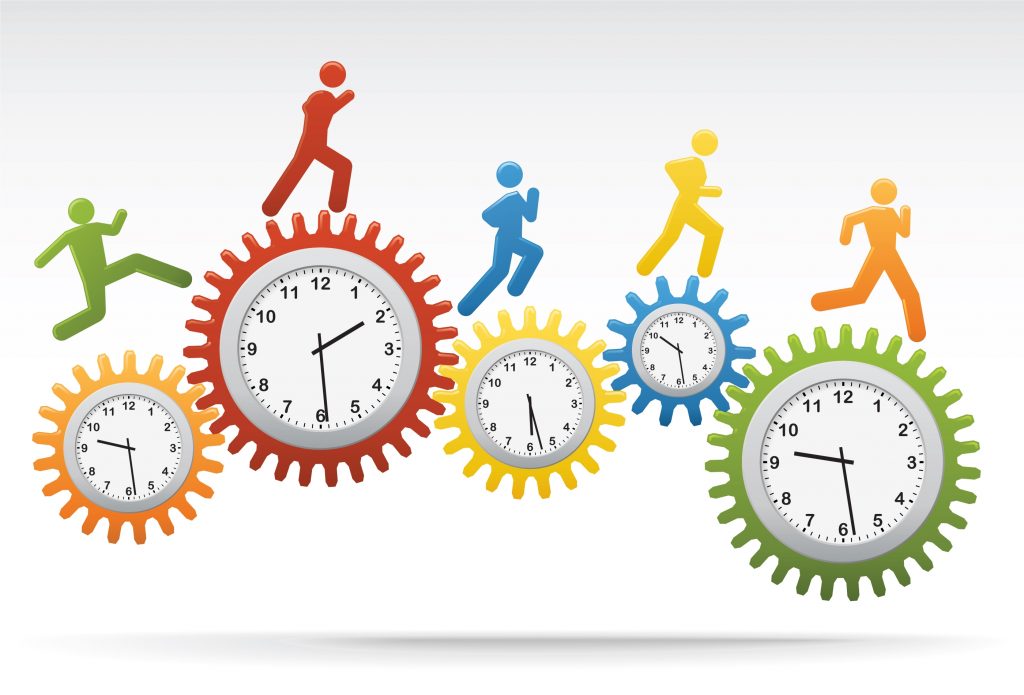 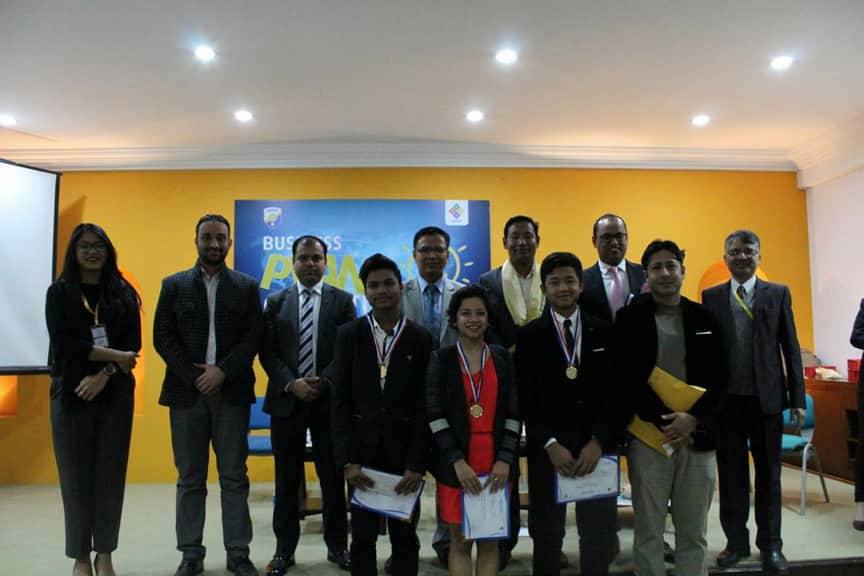