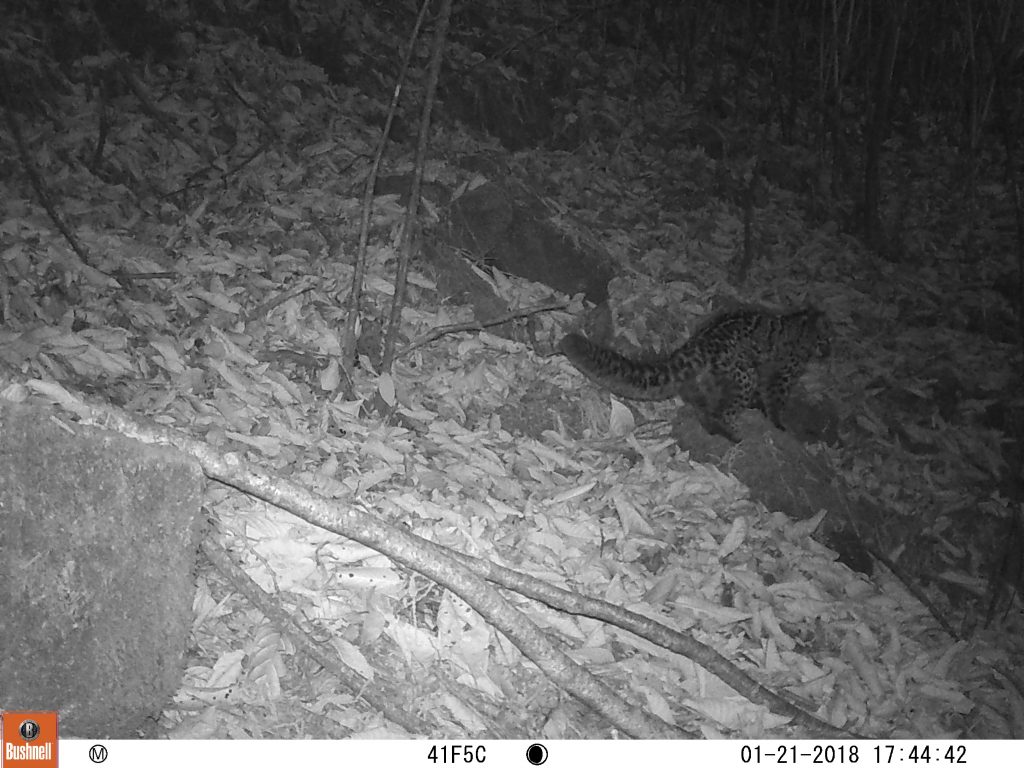 A team of wildlife researchers has photographed one of the world’s mysterious cats on camera for the first time in eastern Nepal.

The rare marbled cat Pardofelis marmorata– an arboreal small felid slightly larger than a domestic cat with irregular, large and dark-fringed markings and a long and bushy tail similar in length to its body was captured by a camera trap set up in the forest at an altitude of 2,750 m a.s.l., in Panchthar district in eastern Nepal.

This is the first photographic evidence of marbled cat in Nepal, though various indirect evidences supported its presence in Nepal, as per the findings of a new study published in an open-access journal this month.

Researchers from Lincoln University, New Zealand and Red Panda Network (RPN) have their paper, ‘First photographic record of marbled cat in Nepal’, where they confirm the presence of the world’s most elusive and less studied cat, published in a peer-reviewed open-access journal Nature Conservation.

A camera trap study carried out in community forest areas on the Kangchenjunga landscape, bordering India and Nepal to inventory the medium-to large-sized mammalian fauna in the region between December 2017 and June 2018 captured three images of this wild cat species in January, 2018.

In this survey, 5,176 photographs of 17 medium-large sized mammal species including three other felid species, besides the marbled cat were recorded in the mid-hills of eastern Nepal.

“This is an exciting news for wildlife biologists and conservationists in Nepal,” said Sonam Tashi Lama, a lead author and RPN’s programme coordinator.

The citizen scientists of RPN and wildlife researchers are engaged in monitoring the community forests in the eastern Nepal for a decade now but didn’t find any clue of the marbled cat. “Use of camera traps as a wildlife monitoring technique helped us to take the first picture of this rare cat in Nepal,” added Lama.

Cameras are revolutionizing how we detect and count cryptic species, said Adrian Paterson, associate professor in Zoology and Head of Department of Pest Management and Conservation at Lincoln University, New Zealand and co-author of the research paper. “Detecting the marbled cat in eastern Nepal is a great example of benefit of using cameras and will add significantly to conservation in Nepal, “he said .

The marbled cat is categorized as ‘Near Threatened’ in the IUCN Red List of Threatened Species, listed in CITES Appendix I and nationally data deficient in Nepal. The forest-dependent marbled cat is distributed throughout Southeast Asia, from the Himalayan foothills of India and Bhutan to China and then southwards through to Malaysia and Indonesia.

The forest area, where the marbled cat was detected, has been naturally restored as a secondary forest after a forest fire that occurred nearly three and a half decades ago.

In the present context where small wild cats have been little studied in Nepal, the sighting of a marbled cat in the wild is seen as a big conservation achievement; researchers recommend detailed year-round camera trap surveys in the mid-hills of eastern Nepal along with research on adaptation of the small fields to human-dominated areas.

The study also urges to conduct an assessment of immediate threats for preparing sound conservation management plans of the marbled cat and its sympatric species and engagement of local herders in initiating conservation programmes.